Holes may be contained within the nugget at the weld center (Fig. 1), or distributed around the edge at the sheet interface, as is sometimes caused by interfacial expulsion (Fig. 2). Holes may also be surface cavities such as those formed by heavy surface expulsion.

Surface cracks usually radiate from the approximate center of the nugget (Fig. 2), and in extreme cases may pass through the entire thickness of the weld zone. Cracks internal to the nugget may be more random in orientation. Cracks may also exist in the material surrounding the nugget.

Fig. 1. Holes at the center of the weld nugget revealed by sectioning (after teardown).

Fig. 2. Nugget showing a surface crack and holes in the center of the weld. Holes at the edge of the interface were caused by interfacial expulsion. 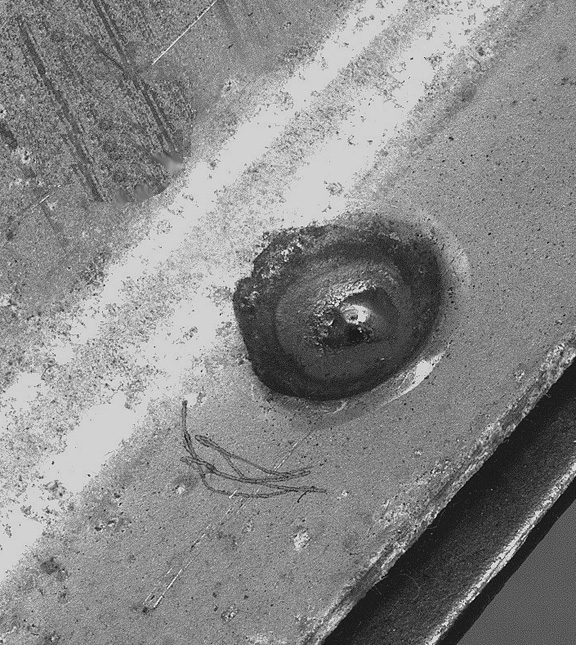